Sorry, no posts matched your criteria.

Only 30 kilometres   from Seville, and on the last important piece of high ground in the Alcores area, lies the town of Carmona – although in terms of actual size, it is really a town, a Royal degree formally granted Carmona the status of “city” way back in 1630 –  dominating as it does the extensive Corbones  lowland plain and meadowland.

The fertile surrounding lands and the easy defense afforded by the steep hill on which the town is located have combined to make Carmona an important settlement throughout recorded history.

Its origins go back to the Neolithic period, with rich prehistoric sites having been found in the surrounding area.

An Iberian town  – one of its early governors was very actively involved in the Second Punic war (218-202 B.C.), it was intensively Romanized, and the importance of Carmona was recognized when it was granted the privilege of minting its own coins.

The Via Augusta road – which ran all the way from what is now Cadiz to Rome – used and known during the Middle Age as “El Arrecife”, went through Carmona,  and various remains and a bridge with evident Roman  elements  have survived to this day. Nowadays, the town still follows, with only very minor variations, the typical Roman urban layout. 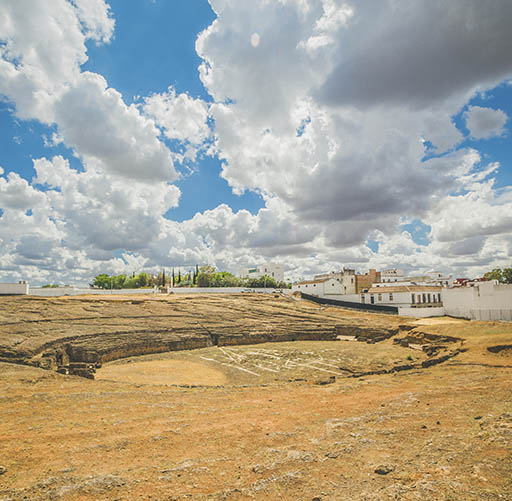 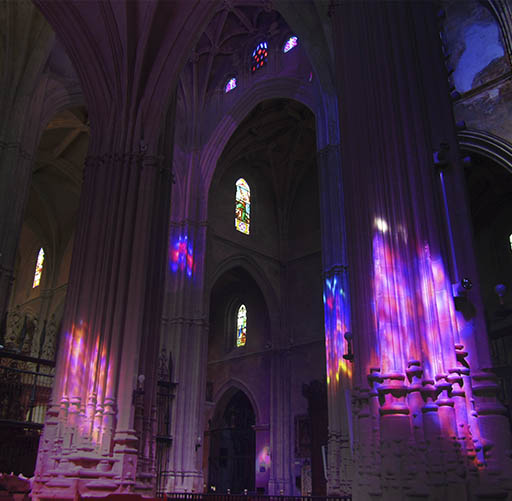 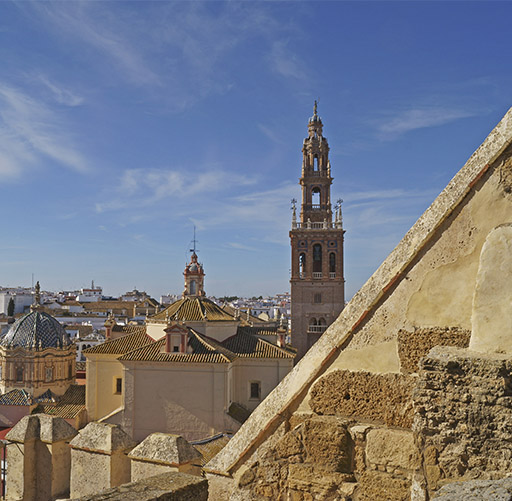 Without a doubt, the Roman period was one of the brightest in Carmona´s long history.  The immense Roman legacy and footprint are still very evident nowadays. The two main defensive gates (the Gates of Seville  and Cordoba) controlling entry into the walled town both have pronounced Roman elements. However, the most notable Roman monument –  unique  in its genre  – is without doubt the Necropolis, the Roman cemetery.

Carmona maintained its importance during the Muslim/Moorish period. Carmona even became, during the first Taifa reigns, the capital city of one of these kingdoms.  In 1247 Carmona was reconquered from the Moors, who surrendered to king Ferdinand  III “the Saint”, who repopulated the town and provided it with its own code of laws. His son, Alponso X “the Wise”, oversaw the distribution and establishment of Carmona´s municipal limits.

During the reign of Peter “the Cruel”, Carmona was much favoured by the royal family. The Alcázar (“castle” or “fortified palace”) of the Gate of Marchena, – now partly occupied by the Parador hotel – was enlarged and became one of the king´s favourite residences. His sons, protected by nobleman Martín López of Córdoba, grand master of  Alcántara  and Calatrava, were given shelter here after the violent death of their father  in  the battle of Montiel in 1369. During the reigns of John II y Henry IV, Carmona was the scene of intense rivalries between the rival noble houses of the Ponce de León and the Guzmán families.

Carmona played a prominent role in the war of Granada, a fact verified by the plentiful documentation preserved in the Municipal archive.

In the year 1630 Philip IV granted Carmona the title of “City”. More recently, in 1869, our town was witness to one of the first attempts  to create a Federal Republic.

How to get to Carmonaa

You don't have permission to register